Yaya Toure marked his shock return to the Manchester City team with two goals as his side grabbed a dramatic late win at Crystal Palace. 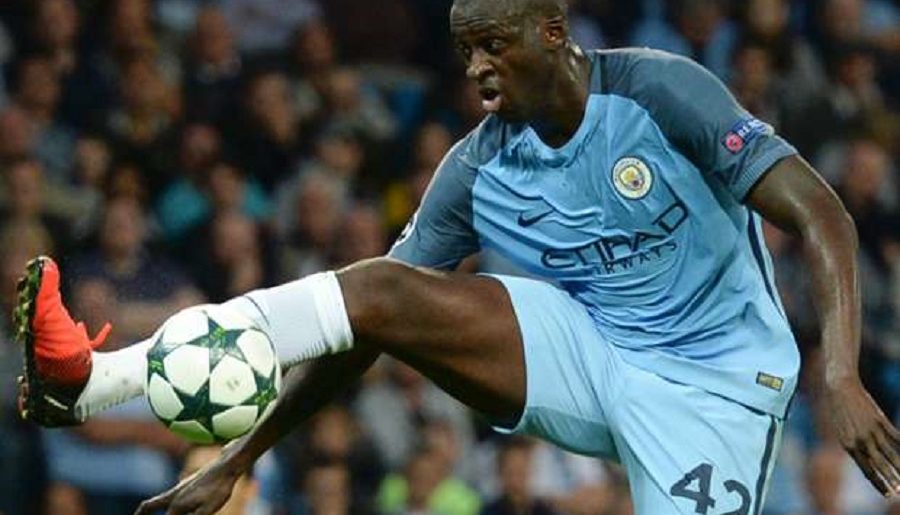 Yaya Toure marked his shock return to the Manchester City team with two goals as his side grabbed a dramatic late win at Crystal Palace.

Toure, making his first Premier League appearance of the season, combined with Nolito before firing City ahead.

But Toure, who has not figured at all for City for almost three months, had the final word when he turned home Kevin de Bruyne’s corner from close range.

The win moves City second in the table, level on points with leaders Liverpool and with an identical goal difference.

Palace, who suffered their fifth straight league defeat, remain one point above the relegation zone.

Yaya Toure’s team-mates surrounded him at the final whistle to show their appreciation for his efforts, while the travelling City fans had been singing his name virtually all afternoon.

The 33-year-old Ivorian has been out in the cold since the end of August, with his manager Pep Guardiola saying he would not be picked until his agent, Dimitri Seluk, apologised for comments he made when Toure was left out of City’s Champions League squad.

Toure, rather than Seluk, issued a statement about the situation at the start of November.

But that evidently satisfied Guardiola and Toure marked his return to favour in style.

Few people knew he had even travelled to Selhurst Park, so seeing his name on the team sheet at all was a huge surprise.

But Toure’s lack of recent action did not affect his finishing power and, as so often before in his six years at City, he secured a vital victory for his side.