If you know Vic Mensa, you know he’s not one for the bullshit. His There’s A Lot Going On EP from earlier this year is an adrenaline shot of... 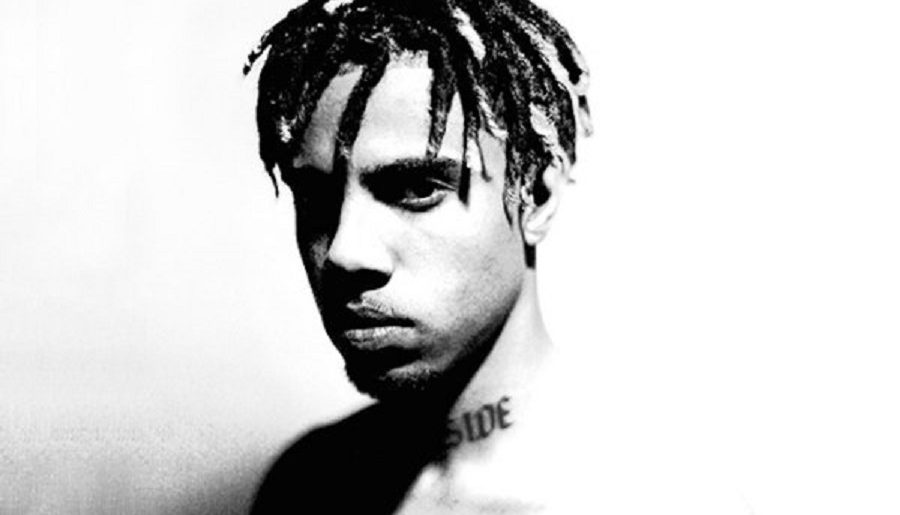 If you know Vic Mensa, you know he’s not one for the bullshit. His There’s A Lot Going On EP from earlier this year is an adrenaline shot of sorrow, pain, frustration, anger, and, finally, reconciliation, and one particular song called “16 Shots” is a reference to the slaying of 17-year-old Laquan McDonald, who was shot 16 times and killed by Chicago police.

So it makes sense that when Vic saw a Detroit venue called Populux tweet about how “libtards” and Obama were to blame for the Dallas shooting, he promptly pulled out of a show scheduled there for July 29. “Will not be performing at @PopuluxDetroit on #BackWithAVengeance due to the racist comments they tweeted yesterday,” he wrote alongside a screenshot of their tweet. 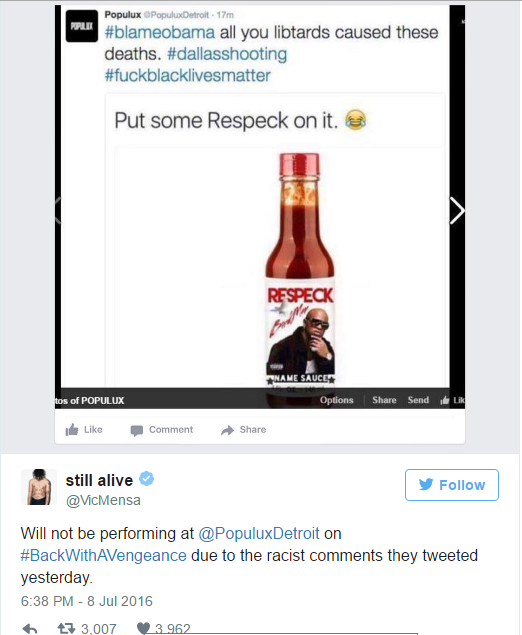 Shortly following the tweets, the venue issued a statement on Twitter apologizing for the obscene comments and saying they were hacked.

XXL has reached out to the venue for a statement and will update this post when we learn more.

We sincerely apologize about the views expressed in some tweets that went out last night. Our account was hacked.

Following the racist tweets, Populux has been shut down for “at least a week,” said a spokesman for the venue. Their Twitter and Facebook accounts have also been disabled, and owners say they’ve filed complaints with the F.B.I. to try and find the source of the tweets.