Miguel and Nazanin Mandi are engaged! The “Simple Things” crooner and his longtime love are set to tie the knot, E! News confirms. Miguel, 30, and Nazanin have been... 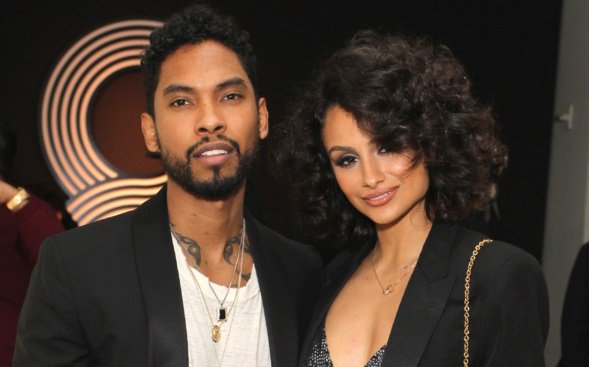 Miguel and Nazanin Mandi are engaged!

The “Simple Things” crooner and his longtime love are set to tie the knot, E! News confirms. Miguel, 30, and Nazanin have been together since he was 18-years-old, and a source tells us that they couldn’t be happier about taking the next step. ” Nazanin and Miguel are really excited to get married! They’ve been together for some time and knew that they were going to spend their lives together,” the source says.

“All of their friends and family think they are the best couple and really complement each other.”

The proposal, the source adds, was “very heartfelt and real” and “done perfectly.” And don’t be surprised if the R&B star dedicates a song at his nuptials for his special woman. “Miguel will definitely be singing his soon-to-be wife a tune when their wedding takes place,” the source reveals.

Nazanin sparked engagement rumors when she shared a selfie Monday morning and subtly revealed an enormous diamond ring on that finger. “… When you get all dolled up but decide to stay in …. Eat …. And watch A Haunting,” she captioned the unsuspecting pic. “Thank you for the Trim @1littlemonster @carltonhairmdr.” Fans quickly noticed and began to comment on the model’s photo asking about a potential wedding.

Miguel has been candid about his love sex life in the past, basically giving Hot 97 TMI about his intimacy with Nazanin. “At the end of the day, empty sex is lame. Sport f–king was cool when I was younger, it was like, Ah, I did that, cool, whatever. Empty sex is just…I’m over that s–t.”

He added, quite bluntly, “I would rather f–k the s–t out of someone that I’d like—we have something in common, that’s the real basis—than someone that is like, f–king beautiful, and she’s like, ‘Whatever.'”

Whatever works, works. Congratulations to the happy couple!