THE AKWAABA GROUP PRESENTS AN UNFORGETTABLE NIGHT OF COMEDY & MUSIC

It’s a perfect opportunity for relaxation and distressing after a year of engaging and sometimes vigorous activities as Ghanaian international event power house, The Akwaaba Group, presents an unforgettable... 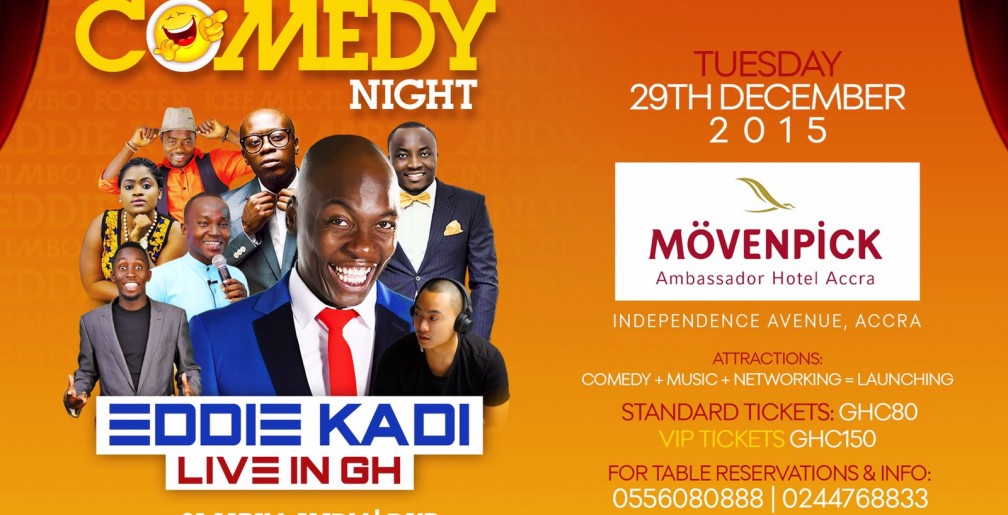 It’s a perfect opportunity for relaxation and distressing after a year of engaging and sometimes vigorous activities as Ghanaian international event power house, The Akwaaba Group, presents an unforgettable night of entertainment dubbed as “Akwaaba Comedy & Music Night”.

Scheduled to take place on Tuesday 29th December 2015 at the Movenpick Ambassador Hotel in Accra, the “Akwaaba Comedy & Music Night” is expected to host the best and finest comedians and musicians from Ghana and the United Kingdom. 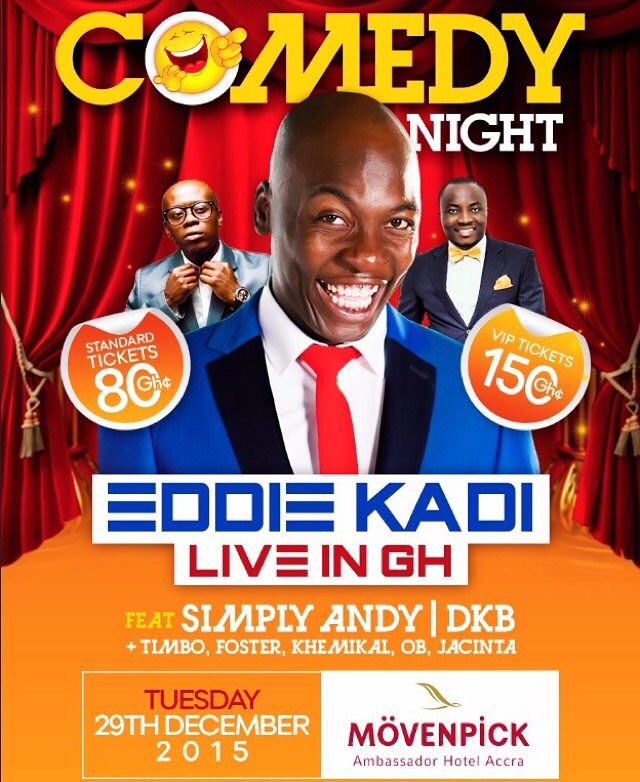 It promises to be a memorable night and an awesome experience with rib cracking and side-splitting jokes from current king of Ghanaian comedy, DKB, London based award winning comedian Eddie Kadi as well as the hilarious comedian and broadcaster, Simply Andy.  Other comedians expected to perform are Foster Romanus, Khemikal as well as Ghana’s first stand up comedienne, Jacinta

DKB needs no introduction after cementing his place in the Ghanaian comedy space after headlining several high profiled comedy shows in Ghana and beyond. Undoubtedly, he is currently the most sought after comedian in the country and appeals to all classes of people.

Eddie Kadi is a household name within the British comedy scene. His unique brand of clean energetic comedy is insanely infectious and with his quick wit and unpredictability, he is undisputedly a natural entertainer. Eddie Kadi has proven himself to be the consummate entertainer. He is gifted with the ability to reach across cultures and break down social stereotypes as he delights his diverse audiences. 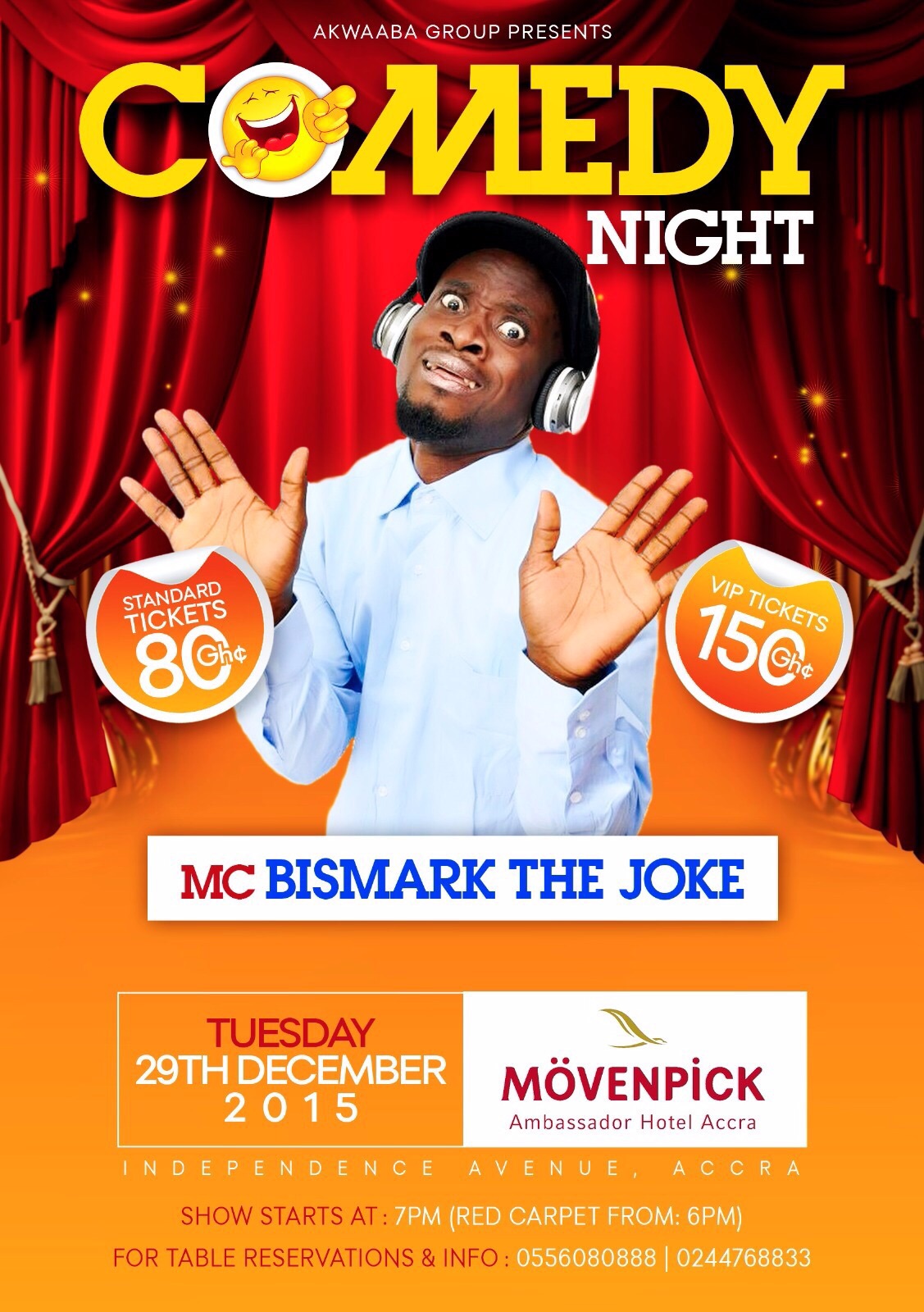 Simply Andy doubles as a broadcaster and one of London’s finest stand-up comedians with a great sense of humour. He has seen it all in both broadcasting and comedy and has performed alongside some of the heavy weights in the industry. Also, he has hosted several high profiled shows in London and across Europe.

The “Akwaaba Comedy & Music Night” will be that one event you will never want to miss as the year comes to an end with comedy meeting music. There will be selected top musicians from the United Kingdom and well as Ghana to excite patrons on the night.

The event is powered by The Akwaaba Group, a group of companies which specializes in a full scale Integrated Marketing Communications services as well as Event Management and Multimedia Content production. The group has operations in London, Ghana and recently France, Holland and Italy.