A lot of things may have changed about Regina Anne Dei Van-Helvert since she hit the limelight in 2012 but the host on Live FM says the change is... 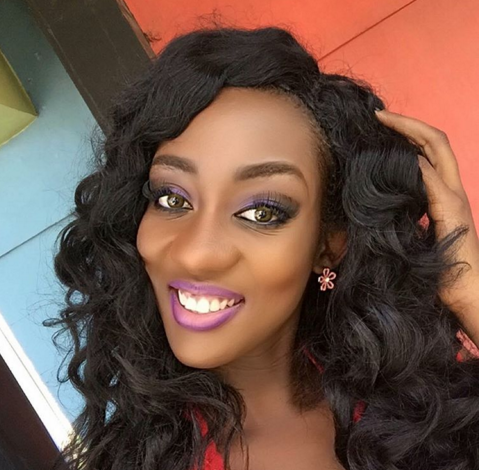 A lot of things may have changed about Regina Anne Dei Van-Helvert since she hit the limelight in 2012 but the host on Live FM says the change is good.

According to Regina who was second runner-up at Miss Malaika in 2012, she has stopped because of her current status. “Yes I am no more who I was before I became a known face. I mean things have changed but it is good change”, she told Showbiz in an interview.

However, there are still some things she holds dear to her heart and she  is not ready to let go. “My old friends are very important to me and I still love to hang out with them. And I intend to keep them that way.

I believe that the fact that you are out there does not mean you should stop being you and keep putting it in the faces of people that you are this or you are that.

“I still go to church like I use to, I wake up and do all that I have to do, I still hang out with friends, old ones actually and we are cool like that. Fame has not gotten to me like how people thought it would,”.

“As soon as you hit the limelight, you need to comport yourself in a certain way and you need to be very careful about what you do and say especially when you are in public but that also does not mean you should lose yourself, she added.

Asked to mention one particular thing that has changed about her since her rise to fame, she said, “I used to party a lot, I mean while in school, I just could not wait for the weekend to come so I go home and party and chat with my friends but things have changed.

“Now, I do not even get the time to go out like that and the reason is that, I have to be home, prepare for my show, get things done and get it done well.”

Talking about her experience as a radio presenter, Regina said it was not easy from the beginning.

“It was not something I enjoyed from the beginning because I had no idea about the radio business but I’m glad I did not give up. I received loads of  love and encouragement  from people around meand I am getting there. It is not easy learning on the job but I thank EIB for believing in me and giving me the opportunity, so far so good.”

She was nominated at last year’s Teen Choice Awards and received a citation from Ghana Telecom University College for her hard work and contribution to society and for being a role model to other young ladies.

My haters say I am arrogant – Liwin