Back in 2013, R&B singing savant Maxwell announced to the world that he would be doing a duet project with Alicia Keys. Since then, people have been keeping this... 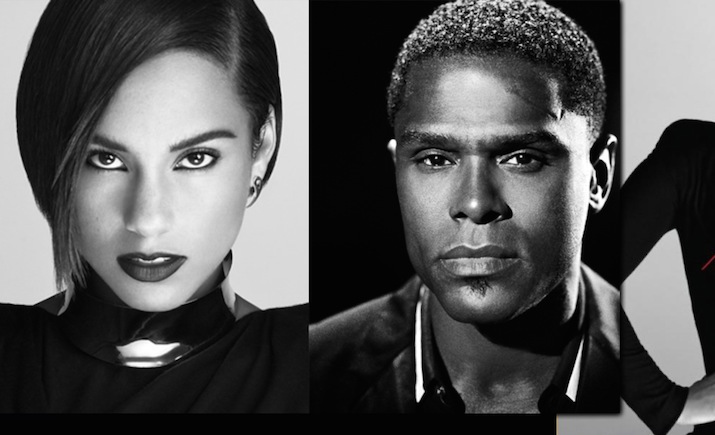 Back in 2013, R&B singing savant Maxwell announced to the world that he would be doing a duet project with Alicia Keys. Since then, people have been keeping this one on their radars.

The as-yet-to-be unveiled title was meant to rival Marvin Gaye and Tammi Terrell’s string of duets from the 1960s. With, “Fire Me Wake,” their sultry baby-maker still subtly playing in the background of our mind’s eye, the Maxwell-Keys collage is looking like a hot thing that could be set for the cold winter.

To support that effort, Maxwell attended his homegirl’s 12th annual benefit to support children and families in Africa and India affected by HIV. “It’s great for me because its Alicia, Alicia is one of my best friends and, you know, I’ve watched her rise throughout her career — we were assigned to Columbia Records together.”

As the two songbirds went their separate ways (Maxwell stayed on when Sony acquired Columbia, Alicia left for J Records) — the two continued to craft what will eventually become their collaborative effort. The question remains when and how will we get this effort. Keys and Maxwell are two of the genre’s most creative talents, so why not wax poetic about what their upcoming project could entail.

Unfortunately, we will have to wait since Maxwell admitted that the joint album “has been put on hold” in an attempt to allow his singing-partner-in-song complete her upcoming solo project. “We can’t wait, we can’t wait, right now,” Maxwell said of Alicia’s follow-up to 2012’s Girl on Fire. “She has so much going with her album, which is incredible by the way from what I’ve heard.”

With the future of these two celebrated artist’s considered “bright,” according to Maxwell, it seems that we all have nothing to do but wait until there is more information about this equally incredible effort released to the public.

In the meantime and between-time, Maxwell is releasing his fifth studio album next year, his first since 2009’s BLACKsummers’night.

I will never date someone in this industry – Tiffany