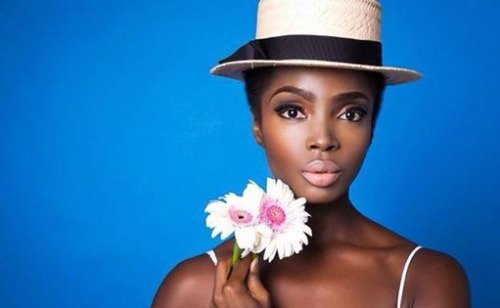 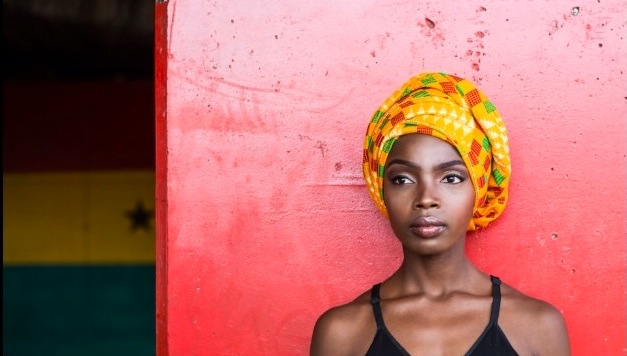 SIGNATURE STYLE: It’s ever changing. My hair has a mind of its own. I’ve learned to embrace it in every stage. It’s my texture. This is what grows out of my hair. It’s mine.

YOU DON’T SPEND ANYTHING ON HAIR PRODUCTS OR STYLING?

I style and trim my own hair, so that’s free. The most expensive product that I currently use is Jamaican black castor oil, which is $6. My Shea butter is from Ghana, which my mother’s friend harvests and gives as a gift to my family.

WHAT OTHER PRODUCTS DO YOU USE?

I use the castor oil for my scalp and ends. I apply liquid amino acids, Greek yogurt, and baking soda for deep conditioning, and Shea butter to moisturize. Recently, I’ve started using glycerin and water, a natural humectant, to fight dryness. 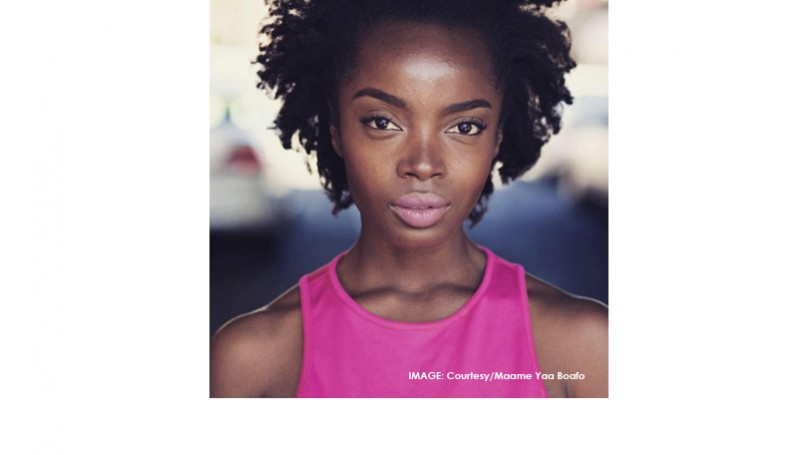 AS AN ACTRESS, YOUR COIF IS YOUR CHARACTER’S. HOW DO YOU PROTECT YOUR HAIR FROM PROCESSES AND PRODUCTS YOU DON’T NORMALLY USE?

For most of the characters I have played, the casting director wants me to wear my natural hair. I am a character actor, so I don’t mind wearing a wig, but the filmmakers are the first ones to say ‘no’.

In the case of Lift, a play I starred in, the director wanted me to have natural hair, but I thought that my character, based on her background and upbringing wouldn’t have natural hair so I wore a wig.

So far, very rarely have I been asked to straighten my hair or wear a wig, even on American TV.

IN AN AFRICAN CITY, WHICH IS SET IN ACCRA, GHANA, YOU ROCK NATURAL HAIR, ALTHOUGH BRAIDS, RELAXERS, WEAVES, AND WIGS ARE MUCH MORE COMMON THERE. HOW DID THAT CHOICE COME ABOUT FOR YOUR CHARACTER?

That was actually the director Nicole Amarteifio’s idea. When we shot the promo, I had braids and she told me to take them out for the show. She wanted my character “Nana Yaa” to be natural, which was trailblazing because you rarely see Ghanaian women in Ghanaian films with natural hair—at least not in leading roles. She gets the credit for that.

Throughout Season 1, Nana Yaa’s mom tells her to perm her hair, which is one of the things I had in common with the character. My mother didn’t like it when I went natural, because she wanted to protect me from what she thought might prevent me from getting jobs. 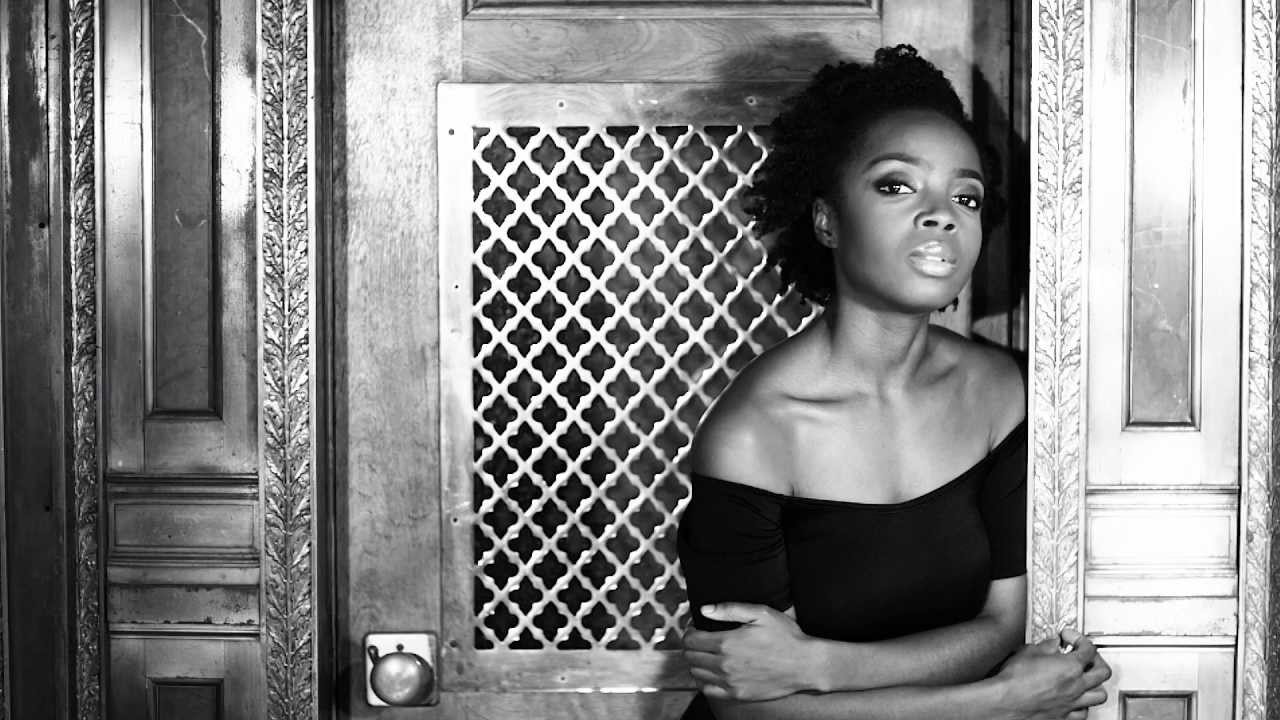 HOW DO FANS REACT TO NANA YAA’S NATURAL?

They love it. They tell me that they go on Instagram, and look at the show to get hairstyle ideas. In Season 1, our hairstylist and I worked on hairstyles that would go with the outfits. In Episode 3, I came up with the idea of having a scarf cornrowed in my hair.

People approach me all the time and tell me they appreciate my styles particularly because my hair is shorter. Most of the natural hair blogs show styles with longer lengths. When I first went natural, it was short and I didn’t know what to do with it. It makes me happy that I can inspire people with styles for that stage.

WHAT ARE SOME OF THE COOLEST TRICKS YOU’VE LEARNED FROM ON-SET STYLISTS?

I’ve actually learned a lot of tricks from my An African City cast mates. With the exception of one of the girls, we’re all natural. The ladies taught me how to keep my hair moisturized when I’m traveling by plane. They advise you to wash your hair the day before, apply leave-in conditioner, put a shower cap on and cover with a scarf. The high altitude dries out the hair, so doing this helps retain the moisture.