This October, Paper Magazine is definitely a special edition, they previously asked Kendrick Lamar, Eminem and Swizz Beatz to write about a specific artist who has influenced them. The... 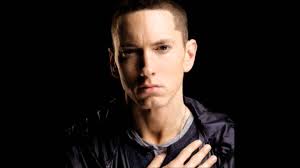 This October, Paper Magazine is definitely a special edition, they previously asked Kendrick Lamar, Eminem and Swizz Beatz to write about a specific artist who has influenced them.

The “Lose Yourself” rapper chose Tupac, and in this issue Em writes a detailed letter about how Tupac influenced his life and his music career.

Eminem describes in a full length essay that Tupac’s “I Get Around” was one of the first songs that inspired him in his late teen years, which then later leads to Em talking about Pac’s album 2Pacalypse.

Marshall Mathers goes to say, “He was taking things further than a lot of rappers at the time – pushing it to the next level as far as giving feeling to his words and his music. A lot of people say, ‘You feel Pac,’ and it’s absolutely true. The way he chose which words to say with which beat was genius; it’s like he knew what part of the beat and what chord change was the right place to hit these certain words… to make them jump off the track and make you feel what he was saying.”

Em continues with “Whatever he was rapping about, it was urgent. If it was a sad song, it’d make you cry. But there were a lot of different sides to him: fed-up, angry, militant, having a good time. His spirit spoke to me because it was like you knew everything that he was going through, especially when he made Me Against the World. You just felt every aspect of his pain, every emotion: when he was happy, when he was sad. His ability to touch people’s lives like that was incredible.”

Catch the rest of Eminem’s inspired open letter to Tupac, as well as Kendrick Lamar’s and Swiss Beatz’ letters on Paper‘s October issue when it hits shelves this October 20th.