One of the African slots of the World Launch series of the 2016 Ghana Music Week Festival, would be held in the Nigeria capital, Lagos on January 9, 2015.... 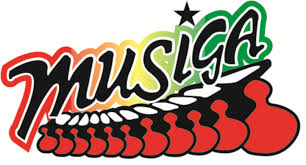 One of the African slots of the World Launch series of the 2016 Ghana Music Week Festival, would be held in the Nigeria capital, Lagos on January 9, 2015. The Musicians Union of Ghana (MUSIGA) is to launch its annual music festival dubbed Ghana Music Week 2016 in the Nigerian capital Lagos on January 9, 2016. The National Organizer of MUSIGA Chizzy Wailer announced after a recent trip to Lagos to potential collaborators and partners. He was in Nigeria from September 15 to 20.

According to Chizzy, he had discussions with the Chief Executive Officer of COSON Tony Okoroji on how COSON would support of the event. Chizzy Wailer indicated that COSON is partnering the Union for the launch in Lagos and would also provide performers for the main event which is slated for March 1 – 6, 2016.

Meanwhile MUSIGA is to launch Ghana Music Week Festival 2016 in the United States from October 15 – 22. The launch will take place in New York City under the auspices of the Ghana Embassy in the United States. The President of the Union, Bice Osei Kuffour says the international launches are to attract the international festival community to patronize the event. Plans are also in place for a South African launch as part of efforts to give the festival a truly global appeal.

Ghana Music Week Festival was established in 2012 by the Obour led administration of MUSIGA and has enjoyed great patronage with international artistes and speakers from Kenya, Nigeria, Jamaica and the United States having participated in the festival.

Ghana Music Week 2016 is by MUSIGA in collaboration with the Ministry of Tourism, Culture and Creative Arts with support from Fantasy Entertainment and Showbiz Africa.

Until the lion learns to write, the tale of the hunt will glorify the hunter

Nas Awarded With The W.E.B. DuBois Medal At Harvard University