Theatre for a long time in Ghana was used to showcase the traditions and culture of different ethnic settings but for about 6 years now, it has been given... 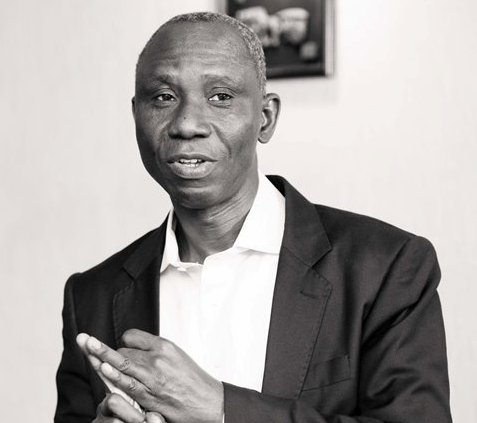 Theatre for a long time in Ghana was used to showcase the traditions and culture of different ethnic settings but for about 6 years now, it has been given a new feel and understanding.

The man who is spearheading this revolution in Ghana is James Ebo Whyte aka Uncle Ebo.

He recently granted an interview to Sammy Darko of Focus on Africa on BBC.

The renowned playwright in the interview revealed that, even though his road to reviving a ‘dead’ Ghanaian theatre industry was prophesied as impossible, he is fulfilled that his ‘campaign’ has come to pass.

The Roverman Productions CEO said that, “I knew it was going to be tough but it has also been fulfilling. When you are doing something that you are gifted to do and you are passionate about it, it doesn’t feel like work and so yes it’s been tough but fulfilling.”

According to him, the mission to revive theatre in Ghana was like bringing the dead back to life. The industry for a long time was left unattended to.

Since 2008, Ebo Whyte’s Roverman Productions has outdoored a new play on a quarterly basis to wide public acclaim. His plays hinge on current and relevant social issues topped with some comedy and engaging music all of which leave enough food for thought for audiences.

A man of many parts, Uncle Ebo trained as a statistician at the University. He tutored himself to take his Chartered accounts and marketing exam and worked as the head of marketing and finance in a bookselling company, a general manager of a pharmaceutical company, marketing and sales head of an automobile company as well as head of finance in a non-bank financial institution.
Uncle Ebo got married in 1983 and attended Osu Presby Secondary School and the University of Ghana.

He is a motivational speaker and he is known for plays like What’s My Name, Men Run Women Cry, Dad is Mom, Mom is Dad, The Day Came, Smartest Man Alive, Forbidden, Women on Fire, Games Men Play among others.