Come this Saturday, August 8, Sarkodie will perform at the Apollo Theater with a host of Ghanaian and Nigerian artistes including Ice Prince , Obrafour , Pappy Kojo ,... 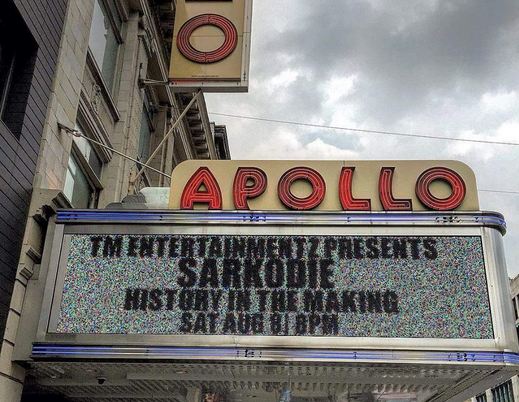 Come this Saturday, August 8, Sarkodie will perform at the Apollo Theater with a host of Ghanaian and Nigerian artistes including Ice Prince , Obrafour , Pappy Kojo , Banky W and Efya.

The New York Times profiles Hiplife in Ghana as a prelude to the upcoming concert by Sarkodie dubbed History In The Making concert.

Read sections of the article below.

“Quoting statements made by some professors and Ghanaian immigrants in the birthplace of Hiphop (which heavily contributed to the creation of Hiplife, fusion of Hiphop & Highlife), here is what they had to say in connection with the concert and Hiplife as a whole,

“The Apollo is really like a test in an exciting way for the Ghanaian artists to reach out to broader audiences and to enter into the American mainstream musical consciousness,” said Jesse Weaver Shipley, a professor of anthropology at Haverford College.

“I am waiting for this to take off,” said Mark D. Naison, a professor of history at Fordham University. “This is saying: This is a legitimate path for our children to embrace. Because it could lead to some popular recognition for our community. And it could lead to opportunities as producers, promoters and maybe even club owners.”

He added, “We haven’t reached the point where it has kicked into the club music of Manhattan and Brooklyn yet.”

As Felix M. Sarpong, a Ghanaian community leader and cultural adviser for the Bronx Musical Heritage Museum, said, “Hiplife is still a baby.”