Asamoah Gyan has arrived in China to begin a new international club football career with local giants Shangai SIPG. The Black Stars captain will begin the processes that would... 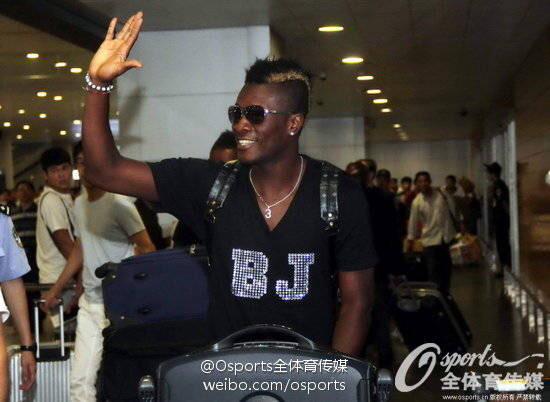 The Black Stars captain will begin the processes that would lead to an eventual signing,

SIPG have confirmed the move, signalling the end of an era for Gyan who scored some 95 times across 85 games for the Dubai-based club.

The deal could rake in some 227, 000 Pounds a week in wages for Gyan, a figure shades better than what he was used to in the UAE.

With the argument of not playing in the bigger and better leagues defeated by the class of players in Drogba and Demba Ba who have also joined rival Chinese clubs, and Gyan’s own more than perfect reign for club and country in the last four seasons, he is headed for yet another good time in the East.

Shangai’s own interest in Gyan is helped by the over-the-moon liking for his talent by former England Manager Sven-Goran Eriksson who is coach at the club.

Near to Gyan’s Chinese ambition will be the 2016 Asian Champions League, which they have qualified for.

If he succeeds in China, he will be remembered as that player who didn’t need a bigger league to succeed in mainstream football.