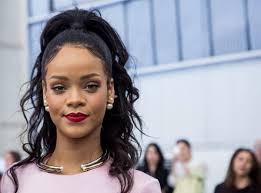 Beyonce , Rihanna and Nicki Minaj have been nominated in the MAMA Best International category at the 2015 MTV Africa Music Video Awards. Rapper, Big Sean and R&B act, Chris Brown are also in the same category.

Neyo , Young Thug , Jhene Aiko , Yemi Alade and Davido are amongst a list of high profiled performers scheduled to thrill audience at the musical event.

There’s a lot of Ghanaian interest in this year’s awards because Sarkodie , Stonebwoy and Samini have been nominated in the Best Male , Best New Artist and MAMAEvolution categories respectively.

The MTV Africa Music Awards 2015 will be held on Saturday July 18,2015 at the Durban International Convention Centre,South Africa.

“I have been in the industry for 14 years” – Akoo Nana