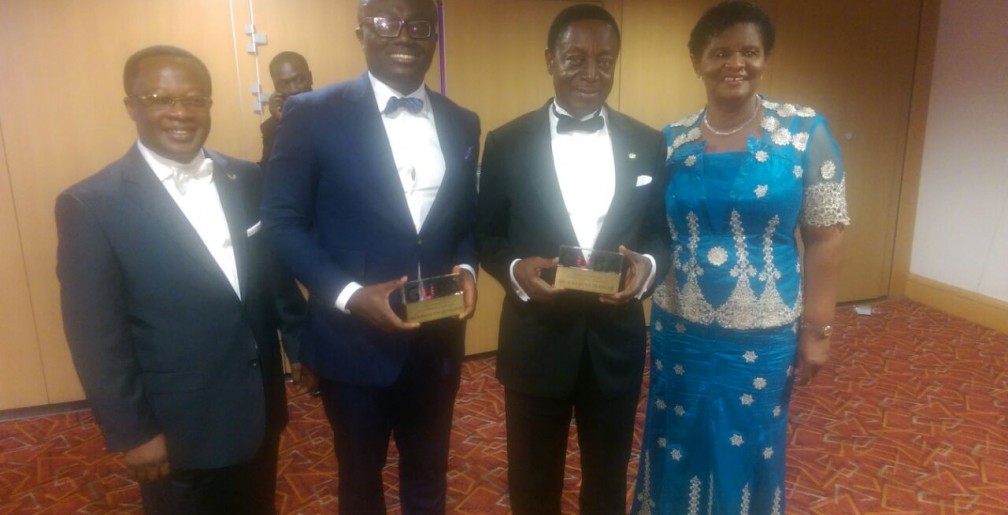 At an event held in London Saturday evening, Bola Ray became the 2015 recipient of the award, which is in its fifth year.

Saturday’s event was attended by a crack core of personalities from Ghana and the United Kingdom including Chairman of the EIB Group, and HODA Holdings and former Finance Minister of Ghana, Dr. Kwabena Duffour, as well as former First Lady Nana Konadu Agyeman Rawlings, and Ghana’s High Commisioner to the United Kingdom Victor Smith.

Bola Ray dedicated his award to Dr Duffour, as well as to staff of the EIB Network.

“This award is to a man i have come to respect so much. I call him daddy now; Dr Duffour. It’s been 17 years of struggling. This is to tell people that it is possible.”

A successful young entrepreneur, Bola Ray continues to be an inspiration for many young people in Africa.

Winner of several awards, his EIB Network is fast growing into Ghana’s most respected media group.

GUBA (Ghana UK Based Achievement awards) is a non-profit Business & Innovation Awards instituted to celebrate, acknowledge, and support Ghanaian based businesses and individuals in the UK.

The inaugural GUBA Awards ceremony was held in the Porchester Hall in October 2010.