Miley Cyrus has been spotted passionately kissing blonde Victoria’s Secret Angel Stella Maxwell. In new pictures obtained by MailOnline, Miley, 22, who recently came out as bisexual, can be... 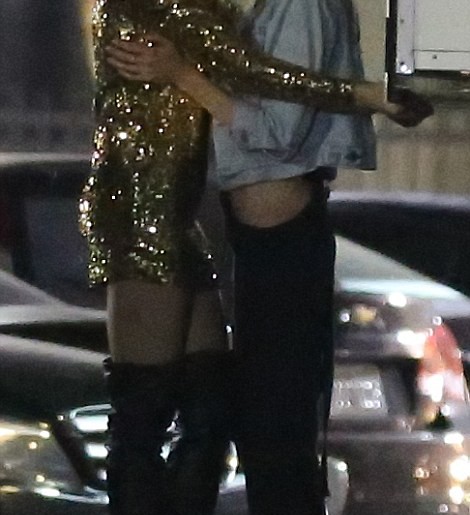 In new pictures obtained by MailOnline, Miley, 22, who recently came out as bisexual, can be seen locking lips with the 24-year-old model during a break from filming her new music video in Hollywood.

Miley and the model, who is Northern Irish but was bought up in Belgium and New Zealand, met through Miley’s assistant and close friend Cheyne Thomas.

Stella though joked during an interview with V Magazine earlier this year that the two ‘met through Grindr’, the gay and bisexual dating app.

Stella has been jet-setting around the world with Miley over the past few months, with the two enjoying trips to Las Vegas and the South by Southwest festival in Texas.

They both feature heavily on each other’s Instagram pages, cosying up for selfies, while two weeks ago Miley shared a photoshopped snap of the two holding hands with a mini Miley, with the star jokingly captioning the pic: ‘mileycyrus@stellamaxwell& me with our future mini mc bb’.

Miley was previously engaged to Hunger Games actor Liam Hemsworth and dated Patrick Schwarzenegger for five months until they split earlier this year.

The singer has never named a female lover but has been open about her bisexuality, telling Paper Magazine recently, ‘I am literally open to every single thing that is consenting and doesn’t involve an animal and everyone is of age. Everything that’s legal, I’m down with. Yo, I’m down with any adult – anyone over the age of 18 who is down to love me.’