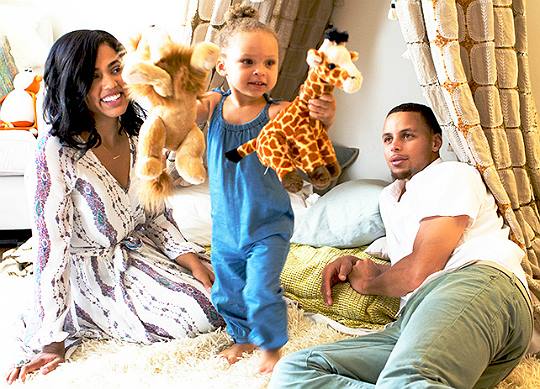 “They were all in it just to win,” rookie coach Steve Kerr said of his players. “This is an amazing group of guys.”

The four-time NBA champion Warriors were led Tuesday by Stephen Curry and Andre Iguodala, who each scored 25 points.

Iguodala, who started zero games during the regular season but was inserted into the first five during the Finals, was named MVP of the series. “We are going to remember this for a long time,” he said.

Golden State’s Draymond Green had a triple-double with 16 points, 11 rebounds and 10 assists.

The Warriors won the game by hitting seven more three-pointers — a margin that was larger until J.R. Smith hit four late, long-range shots — and forcing the Cavs into 19 turnovers.

LeBron James topped the Cavaliers with 32 points, 18 rebounds and nine assists. Smith had 19 points, 15 in the fourth quarter.

“Our guys did more than anyone could expect to put themselves and to put our organization in the situation (where they played for a title),” Cleveland head coach David Blatt, also in his first NBA season, said. “Not every story has a happy ending; it doesn’t mean it’s a bad story. This was not. This was a good story.”

The Warriors led 45-43 at halftime after Cleveland whittled away a 13-point deficit after the first period. James nearly had a double-double in the first 24 minutes, scoring 15 points and grabbing eight rebounds.

Golden State pounded on the Cavs early in the third and by the end of the period had a 12-point lead at 73-61. The Warriors went 13-0 during the NBA playoffs when they went into the fourth quarter with a lead.

The Warriors are one of three original NBA franchises still in existence. At first, they were based in Philadelphia, where they won the first NBA title in 1947 and one in 1956. Six years later they moved to the Bay Area when they were the San Francisco Warriors until 1971.

In 1975, the Warriors beat the Washington Bullets in the finals with four straight victories.

Chris Attoh On wife , Damilola – “I ended up with the Prize. Dami is my queen.”